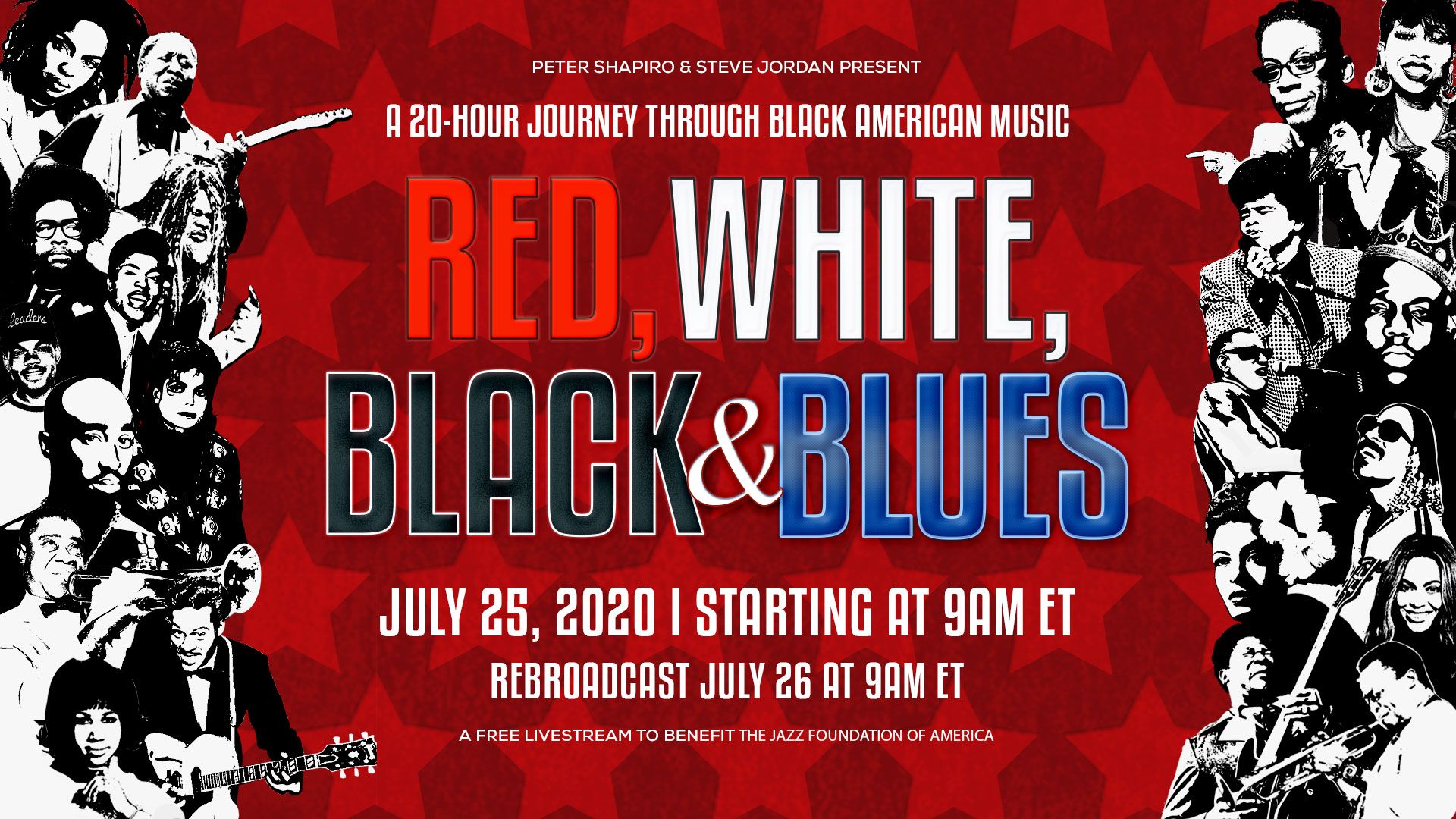 “The best way to show something is to show it. We thought the best way to showcase the unmatched influence that Black performers have on music that defines America and the American identity was to actually show it. So, we edited 16 hours of video together, featuring the most amazing live performances by Black American artists over the past 100 years. It’s a very powerful thing to watch, and it becomes quite clear quickly that the story of popular music in America is driven by the story of Black music." –Peter Shapiro, founder at Dayglo Presents

Executive producers of Red White Black & Blues, include Dayglo Presents founder, Peter Shapiro, and artistic director of Jazz Foundation of America, Steve Jordan. Jordan is also an American drummer and songwriter, most known for his appearances in the Saturday Night Live band, Late Night with David Letterman band, and member of the John Mayer Trio.

"Jazz, blues, and gospel are African American art forms. They are the basis of rock ‘n’ roll. They are also the bedrock of American pop culture. American pop culture has turned out to be our greatest export. The universal language of music is undeniable, unmistakable, and unstoppable." –Steve Jordan, artistic director at Jazz Foundation of America

This stream will collect donations for Jazz Foundation of America, a non-profit organization based out of New York City. For 31 years, Jazz Foundation of America has been keeping jazz, blues, roots, and R&B alive by helping the musicians who have played the soundtrack to our lives. Their social work services provide housing assistance, pro bono medical care, disaster relief, and emergency financial support to musicians and their families in times of crisis. In the past year, Jazz Foundation of America has assisted in more than 8,000 cases nationwide, including those supported by our COVID-19 Musicians' Emergency Fund, which was established during the pandemic to help musicians and families with basic living expenses. Whatever the need is, they don't only fix the problem, they heal it with love.

Honor the powerful influence of Black music in America and tune in to Red White Black & Blues.

Unlock all Littlstar content and features with a premium subscription